The River District is Taking Shape

The River District is beginning to take shape in west Charlotte. And it’s promising to reshape Charlotte’s growth far beyond the 1,400 acres Crescent Communities is developing there.

With new details just released to the Charlotte Business Journal, it’s now clear Crescent is pushing the boundaries for what is considered mixed-use development. The River District will essentially be a town — complete with a main street and town center — anchoring that area of the city.

Crescent Managing Director Chase Kerley, a Charlotte native who has been with the firm since 2016, has been tapped to lead the project.

“It has certainly taken us a while to get to this point,” Kerley said. “To think that, in 10 years, the entirety of the project would be built out — that would be a bit foolish. I’d say, to put a number towards it, it is certainly a 20-year project that has the opportunity to be accelerated.”

Kerley compared plans for the initial phase, for which site work is now underway, to Fort Mill’s Baxter Village and Kingsley developments. Others have pointed to Ballantyne in comparison to the whole district. In fact, Baxter, Kingsley and Ballantyne Corporate Park could all fit inside the overall River District site.

Crescent anticipates the development of 8 million square feet of office space, 500,000 square feet of retail, a range of housing types totaling around 5,000 units and 1,000 hotel rooms, among other uses. About 40% of the land will remain green space.

The first phase, a 70-acre community called Westrow, will have 103,000 square feet of retail space, 174,000 square feet of offices and a 250-room hotel. Westrow’s residential phase includes over 500 apartments, 58 town homes and 48 single-family homes. The first homes are expected to be ready in late 2023, marking the first element of The River District to deliver.

Another 124 units of affordable, mixed-income housing will be developed by Laurel Street Residential on a site donated by Crescent.

Between 2022 and 2024, Kerley said, each of the first three phases of the project will begin, with the first phase starting to deliver next year.

“We did not want to step forward tepidly,” Kerley said. “We could fill homes all day long there three or four years ago, but that wasn’t going to bring the project forward in the right manner.”

Planning and engineering for phase two is underway, targeting late 2022 for site work to begin. The residential piece of that phase will border Westrow with around 500 homes, cottages and townhomes slated for early 2024 delivery. A 40-acre, riverfront park is in the plans for the second phase. Larger office projects, including campus-style development, will be included as well.

The land for the third phase of The River District was acquired in late 2021. Crescent will go through the rezoning process for that nearly 60-acre site in the coming months. It is expected to include more retail and commercial development and a wider range of housing, including for-sale, for-rent, detached, attached and affordable-housing units.

Kerley estimates The River District could be developed in as many as 15 phases.

“It’s a tremendous opportunity for the west side of Charlotte, which has not to date experienced the same rapid growth that you see to the north and to the south,” Crescent CEO Brian Natwick said.

The 8 million square feet of office space to be added at The River District is among the most critical elements of the development. As with the rest of the plan, the intent is to create spaces that fit a broad range of commercial uses. That includes multi-use buildings with office spaces for smaller and medium-sized businesses over first-floor retail. Other areas of the development will feature large tracts for campus-style office parks.

“Office users, even more so during Covid, are looking for an amenitized base and amenities for their employees,” Pierce said. “But not all of them want to be in an urban environment. So, we think that The River District can provide the best of both worlds."

The first phase of office development in Westrow will be over first-floor retail and restaurant space. The large tracts dedicated to campus settings will come in later phases.

The River District’s office elements will benefit greatly from the amenities and range of uses Crescent plans, said Chris Chung, CEO of the Economic Development Partnership of North Carolina.

Chung compares its potential impact to Ballantyne Corporate Park, which remade south Charlotte as a corporate destination two decades ago. Part of the original pitch to office tenants for Ballantyne was the ease of access to Charlotte Douglas International Airport — about a 20-mile drive on Interstate 485.

The River District’s proximity to the airport — essentially on adjacent property — helps set it apart from anything else in Charlotte or the region. The office location is so attractive, Pierce said, that it could succeed on its own, even without the rest of The River District factored in.

"I think we have the best office campus land in the state of North Carolina,” Pierce said.

Developers are years away from seeing large or campus-style office buildings delivered at The River District. But city and project leaders are hopeful it can be the location to land another signature corporate office comparable to Centene Corp., which is building a University Research Park campus for thousands of employees, and Honeywell International Inc., which anchored an uptown office tower.

"It is really important that when we have prospective companies even deciding whether to grow here or we're trying to recruit to Charlotte that they have a deep bench of opportunities to look at to call a place in Charlotte home,” said Tracy Dodson, Charlotte assistant city manager and economic development director. “It is important that, as we think about building out our city, we're thinking about housing options as well as those employment options and we have a diversity of options for companies.”

The River District will include elements of all of Crescent’s business units.

The commercial division is represented with the vast amounts of office and retail development. Each of the company’s residential brands, including Novel by Crescent Communities, the new suburban-style multifamily brand Render and the Harmon built-to-rent brand, will be included.

Natwick envisions The River District as the ideal employment center for any company, from small businesses to Fortune 500 companies, in what Pierce calls a “generational project.”

But the project also represents something else: a culmination of decades of evolution and development from Crescent.

“We’re building a city out of whole cloth,” Kerley said. 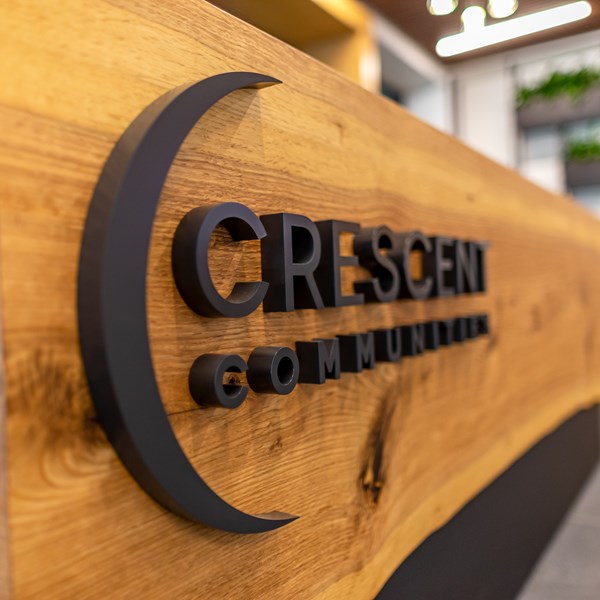 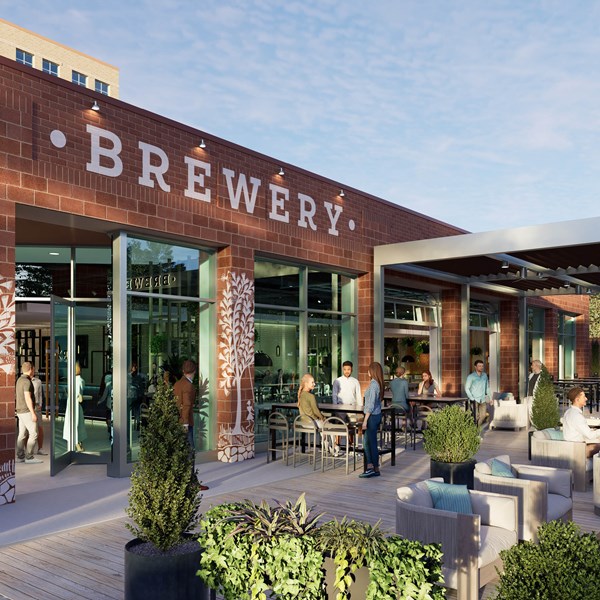